Who Is Aisha Hinds? 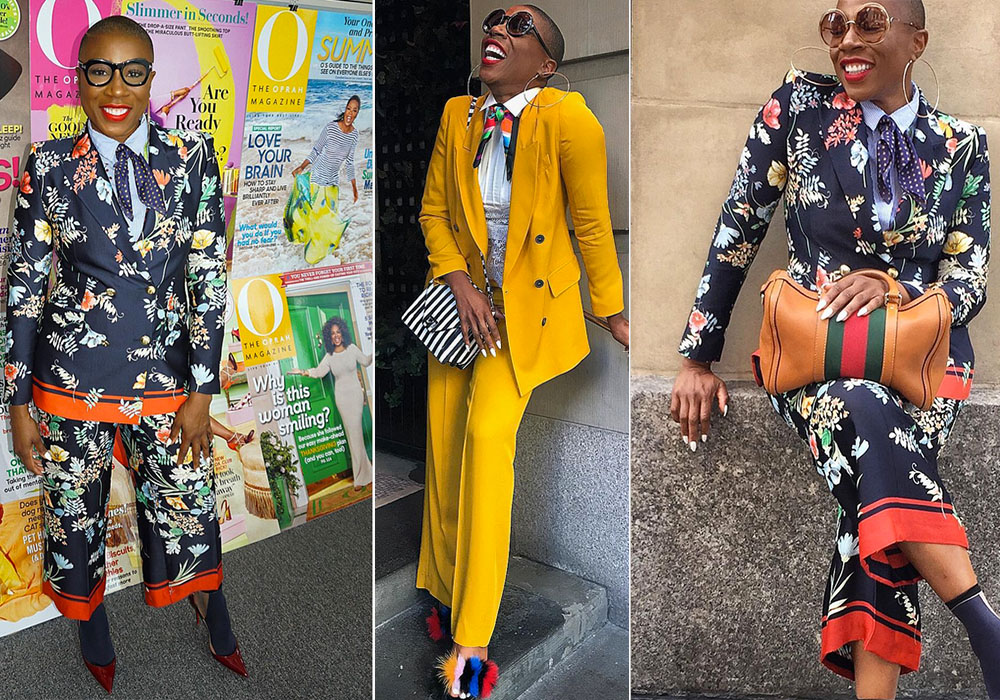 I was browsing my Instagram one day and came across the photo of a woman in this bright yellow pants suit with uber fabulous shoes and thought: “I love her style”. Since browsing and curating content is a serious business for me, I try not to get caught up so I kept scrolling.

Not too many days went by until I saw what I thought was a different woman in another fabulous pants suit, but then I immediately made the connection and recognized her to be the same woman in the yellow pants suit from some days before.

I knew at that point, she must be working on something big, because not only has she shown up on my feed twice, but I see her posing in front of a collage of Oprah Magazine covers…so something must be going on with her.

•| O • M A G A Z I N E |• How excited was Ai today to share a little family history about my parents migrating from GRENADA and Carriacou to then learn the woman I was sharing the story with was also of Grenadian heritage, and we are likely cousins….#Serendipity #WeAreFAMILY @oprahmagazine #UndergroundWGN #ShotsFired ?:@camaraaunique ?:@byvernonscott ?:#AiAmThatAiAm

Upon digging a little deeper, I learn that Aisha Hinds was cast to play the part of Harriet Tubman in the WGN America TV series: Underground.

As I was putting together this blog, I was browsing her Instagram for photos and thought: “I know her face from somewhere though” and then it clicked: She was also on The Dome TV series!

What really intrigued me about Aisha is when I learned that her parents are Grenadian and making the connection of my mom being from Grenada too, I deduce that we are cousins and I’m sticking with it.

Hinds was born in Brooklyn, New York. She made her way to stardom initially with modern dancing. She began her career on television in 2003, on NYPD Blue.[1] In 2004, she had a recurring role on The Shield as Annie Price, and later guest-starred in Crossing Jordan, Boston Legal, It’s Always Sunny in Philadelphia, Law & Order: Special Victims Unit, Stargate SG-1, Cold Case, and Desperate Housewives.[2] Hinds was a series regular in the two short-lived ABC series Invasion from 2005 to 2006, and Detroit 1-8-7 (2010-2011). She had recurring roles on Dollhouse, HawthoRNe and True Blood. In film, Hinds appeared in Mr. Brooks, Madea Goes to Jail, Unstoppable, and Star Trek Into Darkness. On stage, she played the leading role of The Best of Enemies at George Street Playhouse in 2011.[3]

In 2013, Hinds appeared on the CW series, Cult, as the evil Rosalind Sakelik. Right after Cult was canceled, Hinds was cast as a series regular on the CBS television series Under the Dome based on Stephen King’s book of the same title.[4][5] She was changed to recurring basis after the first season. In 2014, she had supporting roles in films If I Stay and Beyond the Lights. Also in that year, she had the recurring role of Chief Investigator Ava Wallace on the CBS police procedural, NCIS: Los Angeles. In 2015, Hinds was cast as a regular in the TNT drama pilot, Breed.[6]