In the past couple of years I’ve become so fascinated with Taraji P. Henson’s career and it’s growth. These days, she’s on the cover of some of my fave magazines and it has me inspired.

In August, we saw her on the cover of W Magazine and now again on Glamour Magazine’s October Cover and Essence Magazine’s November cover.

Taraji tells Essence: “I’m just gonna keep amassing an audience. Everything was strategically planned. This is what all my efforts are for.”

Essence gives us a preview of her cover interview stating that, Henson peppers in wisdom and joy with healthy doses of sister-girl talk. And while she is killing it with the high fashion and fierce face on magazine covers and on the talkshow/awards show circuit, one thing the classically trained actress never forgets is the importance of taking the business of acting seriously. 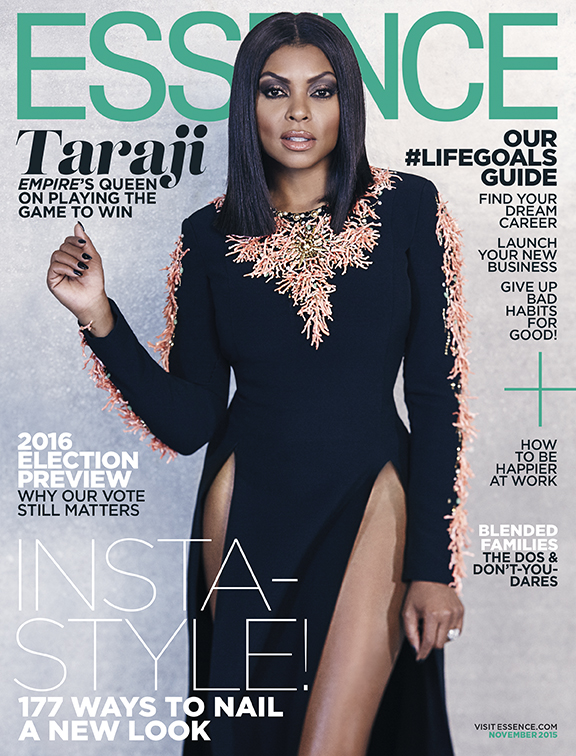 In a recent article on Glamour Magazine, Taraji talks about being photographed with her natural hair for CR Fashion Book and how inspiring it was.

“As women we put sooooo much emphasis on our hair!!! As if hair defines beauty?!” says Taraji.

Just imagine being asked by WORLD-RENOWNED photographer #BruceWebber to shoot you in your WEAVE/WIG STATE hair?!?! ??? I wanted to say “HELL NO” but I decided to trust art and the process. I saw the glimmer in his eyes when he asked. As an artist I knew he was inspired. So I decided not to block art and just let it be….free. That “Cookie” above me was NOT planned. It just happened to be there! ART MUST BE FREE TO JUST……BE! So if you ever wondered what I look like when the hair comes off ? But of course it is braided down! Thank you @crfashionbook #AmazingExperience ??? #Repost @skyylevel_media ・・・ And ANOTHER one? yassssss @tarajiphenson come all the way through ! #tarajiphenson X #crfashionbook ?

One of three October covers for Glamour features Taraji as one of TV’s game-changing women. Emma Roberts and Gina Rodriguez are featured on the other two covers. 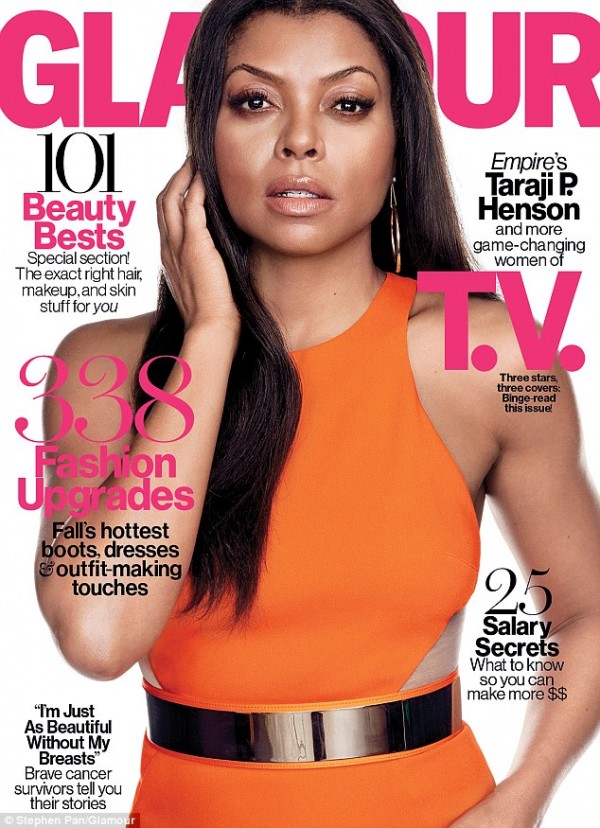