MadWoMan Chronicle #7: Losing It All 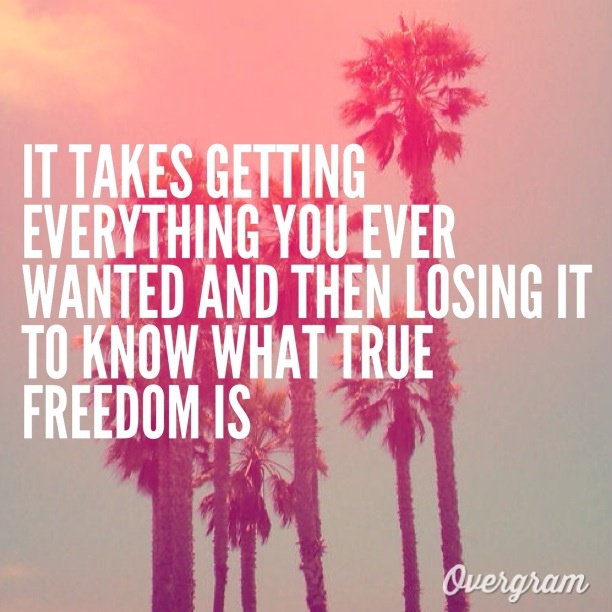 It’s funny how we put so much importance on things that don’t matter . . . You may have read in my story how I faced eviction 3 times. Just to clarify, I was not actually evicted, but I did have to go to court to fight to keep a roof over my head. Even though I did not lose my apartment the first 2 times, on the third fight, I decided that it would be best to just walk away. Before I faced those battles, there are a few others I had to fight and in some cases, I was fortunate to have lost some of them.

One of the battles I faced, was the battle with my wireless and cable provider. Due to some miscommunication, there were errors in my wireless billing which resulted in a $2,500 credit!!! But within a few short months I had fallen behind and lost service to my cell phone. This was a huge frustration to me because it was the only phone I had and more importantly, this is the phone I used to conduct business. How was I going to continue to earn business when I had no phone? I had lost my phone service several times…I would say at least 7 or 8 before I was permanently cut off. Luckily, I was able to setup a phone line with another company that provided good enough service and an ok phone. Because my wireless and cable services were through the same company, I also lost my cable. But to this day I declare that losing my cable was the best thing that could have happened to me. Initially, I was thinking that as soon as I get paid, I would restore my cable, but as time went on I realized that I didn’t miss it and in fact, I was more productive without it. I haven’t restored cable to this day. But with the ability to stream my favorite shows online, it was a win-win! Needless to say, my internet was also cut and although I had to pay a ridiculous deposit, I was able to restore my internet with another company so I can carry on my business.

Living in the big city of Toronto, you can get around without a vehicle, but with a business and having meetings and events to attend, having a car is truly a blessing, but I did lose the ability to drive my car 3 times when I couldn’t pay my car insurance. I got so nervous and wound up inside thinking that I will never get insurance again because I have it on my record that I missed several payments. Through the grace of God, I have car insurance today and I’m paying less than I’ve ever paid. Speaking of insurance, I lost my life insurance several times too. Luckily, life insurance is not a necessity like car insurance so I let it slide for a little while, but as soon as I was back on my feet, I got it back. I just remembered thinking that I’m still paying off a lot of debt and the last thing I would want is for something to happen to me and my debt would be transferred to my family without them having a way to pay it off.

I’ve also lost gas while on the road at least 4 times. There’s nothing scarier than having to get to a meeting on the other side of town, seeing that your gas light is on and even though your foot is on the gas, you feel the power leave the car and then you’re drifting. I remember the first time, it was pretty cold but I had a roadside blanket (thank God) and I was dressed fairly warm.

At the end of all of this loss, I learned a very important lesson and that is that if you decide you’re going to invest all your money into your business, you have to consider what you are willing to give up and give it up before it’s taken from you because by then, it means you’re in a pretty tight spot and that’s not what you want.

One more lesson is that you really need to evaluate what is important and what is necessary in your life when you are starting or running a business. I fought to hold onto an apartment that was causing me stress and draining my cash flow even though I had other options. I fought to hold onto services that cost more than I needed to pay.

Overall, I fought to hold onto a lifestyle that had me in tears almost every other day, it was high-stress, expensive, not serving me and draining me all at the same time. It wasn’t until I downsized that I realized I could have left that lifestyle behind a long time ago and been way better off in the future. But sometimes I think we have to go through certain things in life to help us grow and reach our ultimate potential so that we can be in a position to serve and be an example to others.

Although I have come out on the other end victorious, all the stress and crying and fighting for things I don’t need nearly drove me mad.

You’re not a victim, you’re a victor. ~@JoelOsteen #PositiveMindset