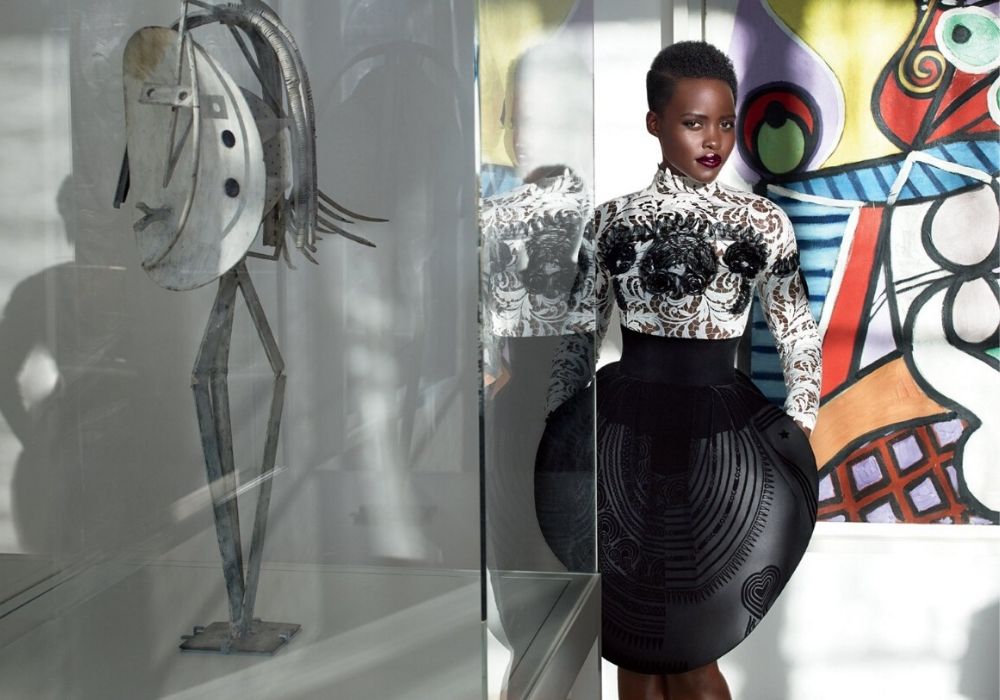 What first drew me to Lupita was how well she was featured in the press. It’s like she had just started her career and she was everywhere and I found it so impressive, I had to blog about it. This was back in 2014 which, consequently, was the year she was named the most beautiful woman by People. Clearly, my blog had some influence on that 😉

Nyong’o began her career in Hollywood as a production assistant. In 2008, she made her acting debut with the short film East River and subsequently returned to Kenya to star in the television series Shuga (2009–2012). Also in 2009, she wrote, produced and directed the documentary In My Genes.

She then pursued a master’s degree in acting from the Yale School of Drama. Soon after her graduation, she had her first feature film role as Patsey in Steve McQueen‘s historical drama 12 Years a Slave (2013), for which she received critical acclaim and won several awards, including the Academy Award for Best Supporting Actress. She became the first Kenyan and Mexican actress to win an Academy Award. Nyong’o has also written a children’s book named Sulwe (2019), which became a number one New York Times Best-Seller.

Why She’s A Girlfriend in my Head

Lupita is one of my girlfriends because she is an image of the girl I used to be; short hair and dark skin but I was not praised with this identity. In fact, when I was growing up, I would receive a number of racist comments and I wasn’t chased after by the boys like some of my longer-haired, lighter-skinned schoolmates and if I’m being honest, that girl still lives inside of me to some extent, so it’s wonderful to see women who look like me being accepted, embraced and celebrated.

I also love that Lupita does her girlfriend’s hair. In a Vogue magazine feature, Lupita was filmed braiding, twisting and locking her hair. We learn that this is a skill she picked up during school and while she loved doing her friend’s hair, she never got paid for it. It’s clear now that her blessing was coming from somewhere else but to see this wildly successful movie star going back to her roots and doing hair really warmed me up towards her.

Lastly, I personally get a feeling in my spirit about her warm, kind, caring and humble nature. I love reading about the dedication she has had to her career and she’s never afraid to step outside the box with her style. I love me some Lupita.